Since 1873, Hortonville has had a volunteer fire department, but for its first half century, people weren't the only volunteers.

The fire engine was horse drawn, but the village did not keep a team of horses for that specific purpose. So when the fire bell was rung to call the volunteers, any team of horses on Main St. was liable to find itself hitched to the engine and whisked away to a fire.

It was equipped with an 8-man hand pumper and water was used from Black Otter pond or hauled in barrels and other containers. Besides Chief Collar some of the village's first firemen were August Schultz, Mike Ritger, Wenzel Gitter, Fred Herbst, John Hagen, Chris Hagen, Webb Collar and John Klien.

In 1881, village residents donated their own time to build the villages combined fire department and village hall, that was used till the new fire hall was built.

One of the fires fought by early department was in the 1880's on the south side of Main Street. It burned a shoe store and a barbershop, along with a residence behind one of the stores, all belonging to Ottamar Buchman

Wireless at the Library

Wireless Internet is available at the Hortonville Public Library during regular library hours. 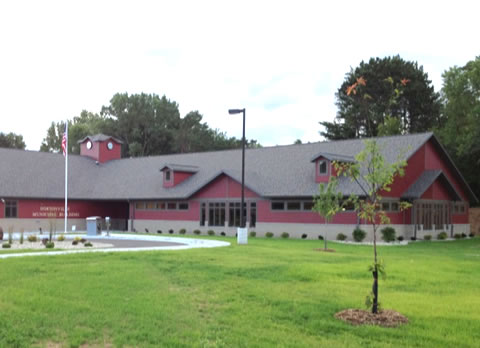